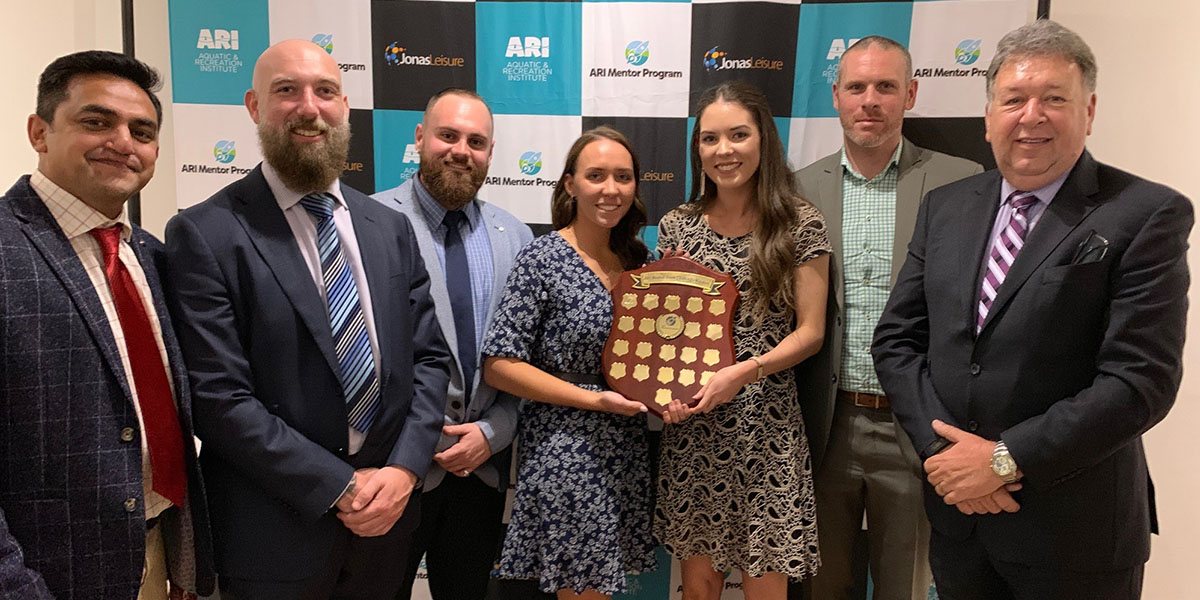 Teaching swim instructors ‘soft skills’ such as communication, giving and receiving feedback, and building trust with students can improve teaching effectiveness and how satisfied parents are with the swim lessons being provided to their children.

That’s the finding of an innovative project undertaken by a team of young professionals from the Aquatic Safety Training Academy (ASTA) in Seven Hills, Sydney, as part of this year’s Aquatic and Recreation Institute (ARI) Mentor Program.

The project won first place in 2019, which was run by ARI in partnership with Jonas Leisure to further the industry by providing opportunities for emerging leaders to develop technical, project and leadership skills.

The course taught participating instructors ‘soft skills’ such as verbal and non-verbal communication, providing feedback to swim school students and taking feedback from supervisors, being resilient, and building trust with students.

“We didn’t really know what to expect at the outset but it surprised me how well it turned out,” she said.

The training course was provided to half of the 30 swim teachers who deliver afternoon swimming training at ASTA. The other half continued delivering their swimming lessons as they had in the past, acting as a control group.

The instructors in both the ‘experimental training’ and control groups were observed in week one, week five and week 12 of the project, and their performance assessed by supervisors on a 1-5 rating scale. Most instructors were scored at 3 (acceptable) at the start of the project, but the majority of those receiving training were achieving scores of 4 or 5 (exceptional) by the end, Ms Bradford said.

A survey of parents conducted before and after the training began also showed particularly positive results for the training group, she said.

“We found that the instructors that participated in the training performed better, both in our internal assessments of their performance and based on feedback from parents of children at their lessons.

“It surprised me how confident our instructors came to be. Some of those in our experimental group were quite reserved, and seeing them come out of their shell and chatting more with the children and their parents was brilliant.”

The project’s success has led to ASTA rolling it out to all its instructors, and plans were in place to provide it to lifeguards and customer service staff as well, Ms Bradford said.

An unforeseen benefit of the project had been reduced workload for staff at ASTA’s front desk, as many parents received the information they needed directly from the swim teachers and so had fewer questions.

Staff who undertook the training also reported that it helped in other areas of their lives, Ms Bradford said.

“We had one staff member studying to be a primary school teacher and she said the training she had received as part of the project was valuable at her school placement too.

“The ARI Mentor Program was a really good way for us to connect with people from other facilities and our mentor Alex Simmons was great at showing us what was happening at swim schools elsewhere in Australia.”

ASTA was named the ARI Mentor Program’s winning team at a Presentation Dinner held on 17 June during the ARI National Conference at Peppers Craigieburn in NSW. Ms Bradford was presented with the first-place award, along with teammates Louise Smalley, Daniel Brown, Ashleigh Edwards and Tanya Schmid.

Jonas Leisure Chief Executive Mike Henton said the ASTA project was well executed and its findings would be of interest to many other swim schools in Australia.

“The project explored an area that is notoriously hard to measure and made a compelling case for swim schools to make sure they are training their instructors on interpersonal and soft skills, as well as the technical skills we all know are so important.”

Second place in the ARI Mentor Program was awarded to a team of young professionals from BlueFit Lane Cove. Their project involved developing software to analyse CCTV footage and help managers understand how well utilised and staffed spaces in their aquatic centre are.

ARI Executive Officer Louise Magee said she was impressed with the high quality of the projects undertaken by participating teams this year.

“It’s always exciting to see how the projects develop and just how far the mentees taking part in the program come over the eight-month duration. Their passion to innovate and further our industry is outstanding.”

Applications from people who want to participate in the 2020 ARI Mentor Program will be invited in coming months, she said.

For more information about the program, visit ARI’s website.